The Susquehanna Company was formed in 1753 Connecticut to develop land in the Wyoming Valley of what is Pennsylvania today. At that time Connecticut claimed the land based on the original charter from the King of England.

A tract of land was purchased from the natives in 1754 and preparations were made to begin developing the land but it wasn’t until 1769 that settlers began to move onto the land. It wasn’t long before the Connecticut settlers ran into Pennsylvania settlers and troubles began, resulting the so-called Yankee-Pennamite Wars.

The map below shows how the Susquehanna Company was planning to organize the land in present-day Bradford County. 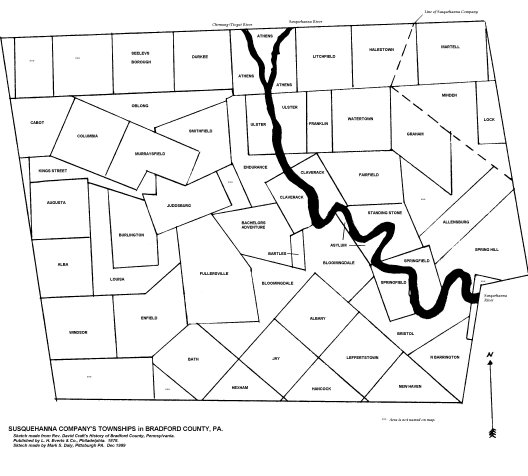 History of Bradford County, Pennsylvania with Illustrations and Biographical Sketches of Some of its Prominent Men and Pioneers